Yes, i’m still among the living creatures. There wasn’t much laptop time in the past few weeks, which isn’t necessarily a bad thing. Now, while having a cold drink in my travel hammock, i finally found some time to tell tales from our adventurous hobo life. And oh my god, why is this blog post written in english!? i don’t know really, sorry about that. i hit a weird key combination on my macbook i guess. fucking apple.

A month ago i still called „the beach“ in Vancouver home. My commune slowly disappeared and i spent some quality time with Ärmel (Leo) and Muschel (Kathi), who literally popped up out of nowhere. Every night some weird things happened at my overnight parking spot. Kids, stay away from drugs. You might end up driving to a beach just to spend three hours happily slamming your car door every five seconds after getting lost in a rubbish bin. Another night it suddenly got insanely loud and a military hovercraft boat parked right in front of us, a guy jumped off and the boat disappeared again. Needless to say Leo and i got a bit scared and our Whatsapp chat is filled with WHATs and WTFs.


I used my last alone days to realize some final modifications for Benedita - that’s the name of my Ford explorer, which i just adopted from the previous Brazilian owner. A mosquito net and rain guards for the side windows, some isolation and privacy shields for the back area. Like usual duct tape is a great replacement for time and knowledge. Also instead of a blow-drier i only had a portable flame thrower (oilfield leftovers) to get the bubbles out of the back window’s tint foil… well, lets just say now it is custom design. good to go!

Finally my „weird Facebook messenger friend“ arrived from Israel. I met Talya two years ago in Bangkok for just a couple hours and we only chatted since. So there was a slight possibility that her account got hacked long time ago and i would spend the next weeks traveling with some old hairy trucker dude. But i was lucky this time and i’d say we come along pretty great. We took a ferry to Vancouver island just after spending a couple days at the beach. Our destination: Tofino, the praised little surfer town, hidden on Vicelands rough west coast. But first we spent a night at the Langford Walmart, where Talya used some weird stuff like coconut cream, curry and vegetables (that green stuff growing in the ground) to create a mind blowing meal, which future generations might refer to as „the Walmart dish“. On highway 4 going west we found a cosy spot right next to the river. Paying 50 bucks to park in a line of RV’s? Thanks but no thanks! Even though most roads in Canada are somehow suitable for 2wd vehicles, 4wd is a great bonus when it comes to finding an overnight camping spot. It’s been almost a month and until today we haven’t paid for accommodation even once, and most places we found were way better than any campground. 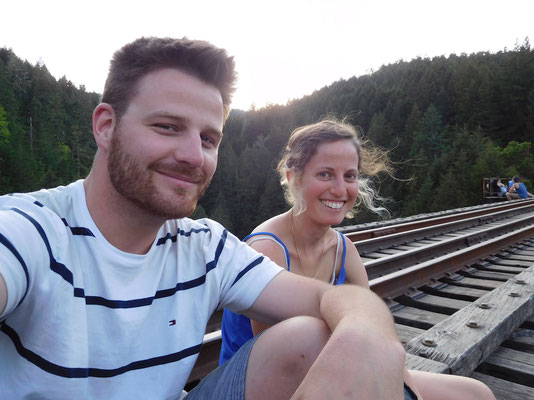 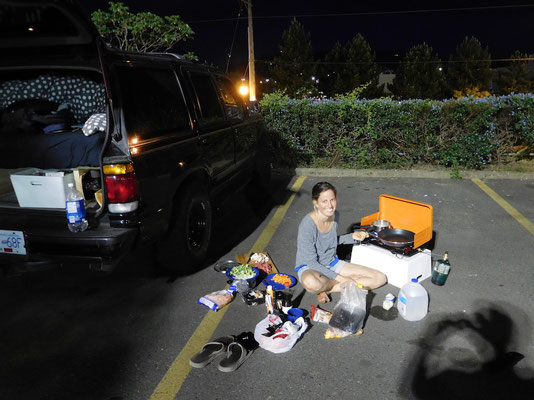 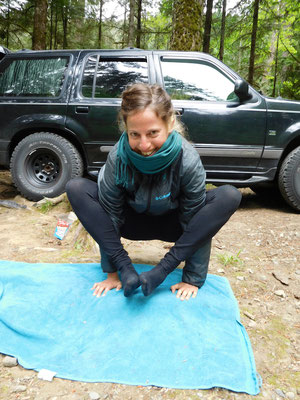 Arriving in Tofino we got a shock at first: Tourists everywhere and a 70% price increase on pretty much everything you can buy in a supermarket. What the heck? Where is that nice little surfer town everybody was talking about? Anyway, we booked a whale watching tour for the next morning. Even though i usually never book any tours it’s kinda hard to see whales on your own without adding some more custom design modifications to Benedita. Also with 90 bucks each we got a pretty decent deal, considering the fact that Tofino is a place where you might get asked to pay 9 bucks for a shower. But hey, there were coin showers next door. And an ocean too.

We arrived at the docks and native skipper Howie told us it might get a bit shaky in the first row of his boat. He then said some stuff about whales, but i couldn’t really hear him as i was busy squeezing myself in the first row… followed by Talya who gave me the „of course you need to sit here“-look. Well, i gotta admit i did underestimate the ocean a little bit. Also Howie’s small boat (max. 12 people) turned out to be a nutshell with exactly 500hps. The front part of the boat was literally pounding the ocean again and again, but it was a fun ride after all. If only we would have seen any whales. But thanks to a „rain check“ we were allowed to attend another tour on the next day for free. This time we spared the front row for a flaming gay Canadian couple, who spent the the whole three hour tour squeaking like pigs whenever the boat was moving. It was hilarious. Oh and we did see some humpback whales! Not the happily jumping free willy type of whale though, more the couch potato type of whale. Plus a big colony of seals, sea otters and panicking birds that tried to survive Howie’s driving skills by simply sticking their head in the water.

The time between the tours we used for a wild hike in the local rainforest. Unfortunately we couldn’t find the mysterious hammock tree, but we got to a nice remote beach instead. That is where the „sad picture“ was taken. There also is an old crashed bomber plane that you can hike to, the information center won’t tell you about it but the track is pretty well used. Anyway, we were happy to leave Tofino after two days. The scenery is kinda pretty, okay. But Tofino is just another tourist trap, desperately trying to stick to the relaxed surfer town’s image from years ago. And the sad truth is it even works, just because so many people go to a place and adopt „everyones opinion“ without using their brain. People are sheep after all.

So after a lazy laundry day in Port Alberni we drove up the east coast and decided to check out the remote islands Quadra and Cortes, both only accessible by ferries. On Quadra we found an amazing spot right on the beach by driving falling down some rough track close to the island’s southern tip (this post's first picture). Some curious seals showed up at night and watched us from a save distance. On Cortes, which is even more remote (gotta take another ferry from Quadra) we then followed a deer to find one of the best overnight spots ever. Quiet and remote, with a nice bay view - just awesome! During the days we explored the islands great coastlines and lakes, which are surrounded by deep forests. That is a thing on Vancouver Island in general - forests. Its trees are everywhere so most times you can’t even see the landscape or where the road is going. There wasn’t that much to do on the islands’ islands, so we took the ferry back to Campbell River after a few relaxing days. 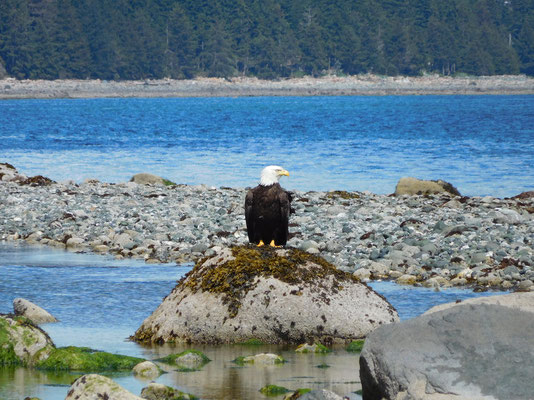 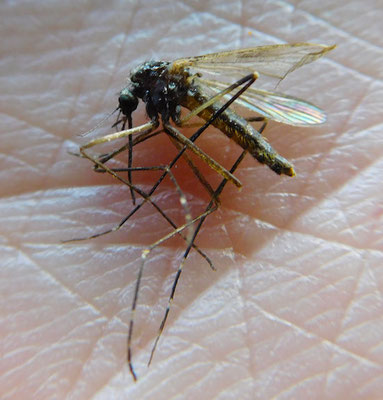 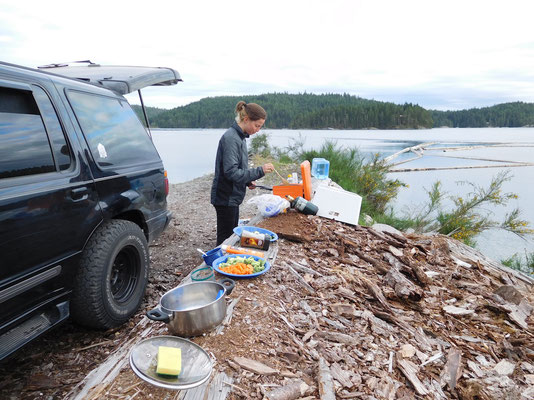 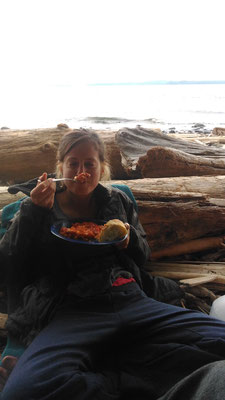 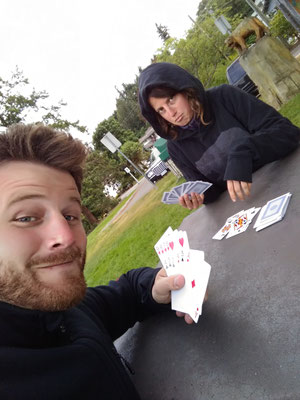 Before leaving Viceland we decided to head west again and check out Strathcona Provincial Park. Due to too many trees on every track we quickly ended up in Golden River, a neat little village and pretty much the end of civilisation. We planned on doing a bigger hike (King’s Peak), but unfortunately the weather had different plans. Close to Golden River we explored the Upana caves and amended our precious little „Talya cooking in places“ picture collection before spending the night at a beautiful lake, accessible only by an old logging road.

Considering the overwhelming number of „best place on earth“ type of social media postings, i have to say Vancouver Island was rather disappointing. It has got pretty scenery and there are some nice spots for sure, but it’s lacking diversity and it’s just way less exciting than so many other places on this planet. Regardless we had a great time, as long term traveling really isn’t about places at all. Having good times with good people and enjoying an unique lifestyle full of freedom and spontaneity - that’s the true traveling spirit! Score! 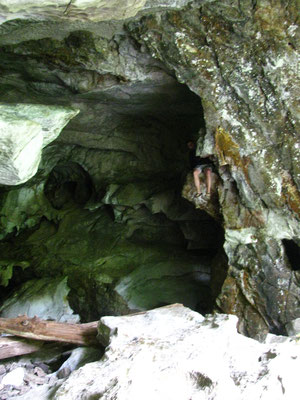 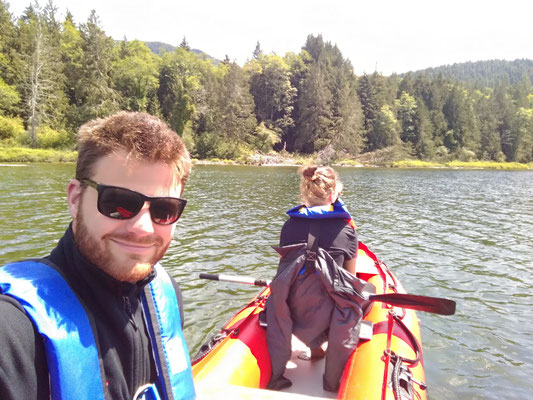 Back on the mainland in Powell River we decided to finally do a little peak hike - Mount Troubridge, the highest peak of the sunshine coast trail. We were able to skip the first part of the hike thanks to a  rough 4wd track that was going up the hill. Nevertheless i can still feel the 1500 meters of elevation gain (and loose) in my old, sore knees. The hike was pretty annoying though, as we permanently got attacked by insects of the species „flying fuck“. And again, most of the time all we could see was trees. There are definitely enough trees in Canada! A couple ferries later we weaved by Vancouvers impressive skyline and headed up north on the „sea to sky highway“. I remembered that area from last summer, when Julius and i here pushed the Candyvan through the rockies. We did a short stop in the famous town of whistler (frisbee golf!) and continued driving on steep and scenic highway 99 going further north. 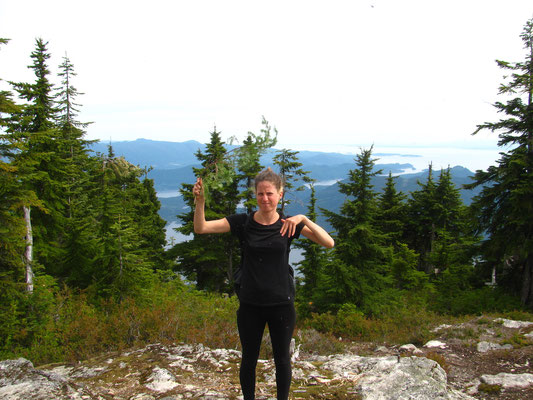 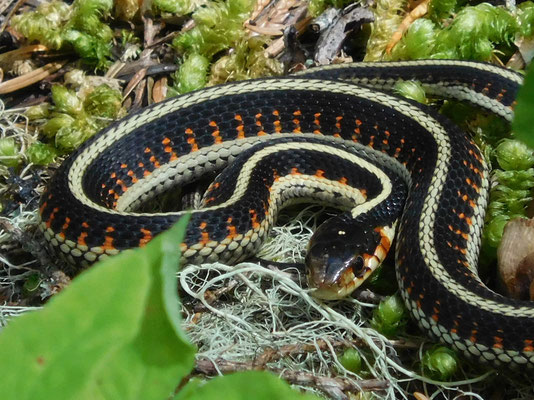 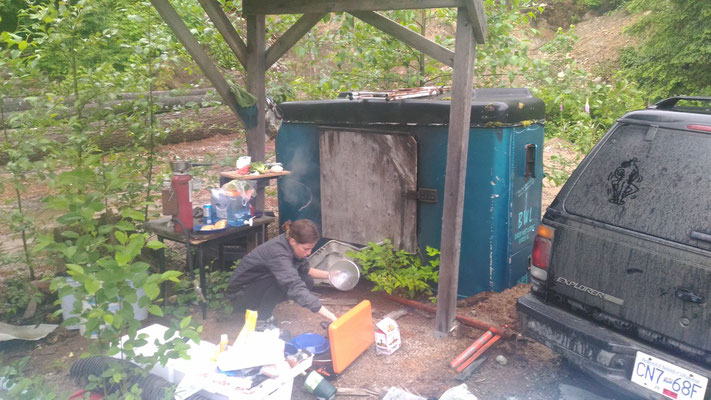 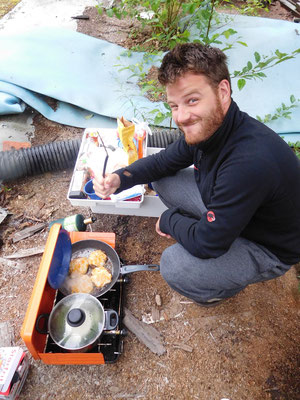 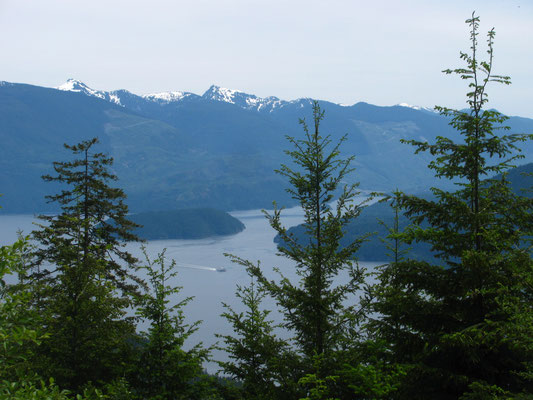 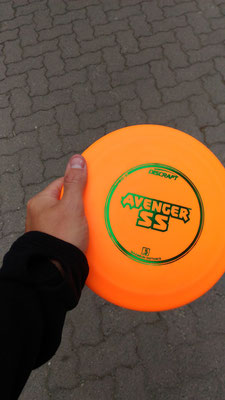 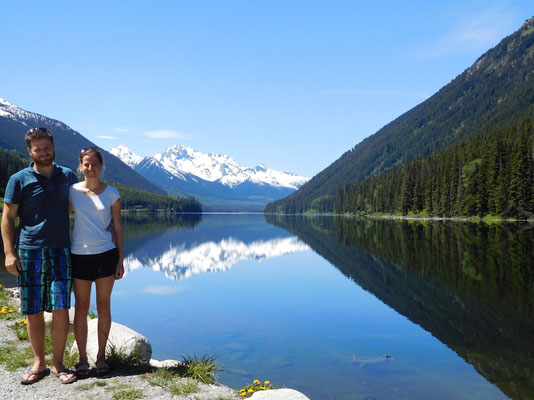 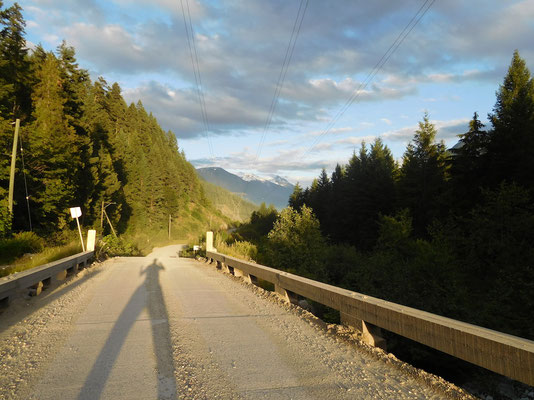 A few days ago we then arrived in Lillooet - a place most Canadians don’t even know exist. And probably my favorite place in canada so far! A rough and rocky scenery, hot temperatures and the feeling of an old western town set us in some kind of vacation mood that made us stay until today. There is a refreshing lake and a nice (and for some reason free) campground close to town, which was experiencing a gold rush in the 1860’s. It’s just the perfect place to relax for a few days, especially with temperatures of close to 40°. Chilling, playing cards, cooking fancy meals and writing blog. Oh, done!